Labor Day was established as a celebration of the contributions of the common person to the greater good of society. Labor Day reminds us to look past the successes of big business as a whole and focus on the smaller pieces of those successes made by simple men and women.

Today, in my hometown of Minneapolis, 4800 Allina nurses are set to go on strike. Of course, the nurses would rather be caring for patients but contract negotiations have stalled and they apparently see a need to strike.

It’s also symbolic that Labor Day marks the eve of the 8th Anniversary of the government take-over of Fannie Mae and Freddie Mac.

The parallel here is that thousands of normal, everyday people (workers, taxpayers, retirees, policemen, firemen, teachers, etc.) were – and still are – shareholders of Fannie Mae and Freddie Mac.

On September 6, 2008, The Establishment illegally seized Fannie Mae and Freddie Mac from its shareholders. “The Man” in question here is a combination of actors whose common denominator is Big Banks. Wall Street has a revolving door to the US Treasury, who led the illegal take-over 8 years ago. Wall Street also backs congressional and executive branch politicians who are complicit in this longstanding scandal.

The Wall Street Establishment stands to gain if the Government is allowed to continue their plan to take Fannie and Freddie from shareholders and give them to Big Banks (under a new name, of course).

Most of you who are reading this blog already know these facts. However, this scandal attracts new individuals on a weekly basis. This blog post is for them…

There are numerous, well-informed people working to stand up to The Establishment in the fight against Fanniegate. Their great efforts can be found on other blogs, Twitter and occasionally in the media.

I don’t claim to have any special information or talent when it comes to exposing The Establishment’s wrongdoing. I have however, spent a great deal of time thinking, researching and writing about this topic (less so these days given the movement’s momentum in media and courts).

If you’re interested in learning more about Fanniegate from my perspective, I encourage you to read through this blog. There are numerous posts, so perhaps start with just a few:

However, on this Labor Day, I want to focus attention again on the common man in the Fanniegate struggle. Many individuals and groups had a significant portion of their retirement savings wiped out when The Man illegally took-over Fannie and Freddie.

These individuals as a whole (shareholders) were supposed to have representatives looking out for them. The Establishment has its power, but the common man has his rights!

The Board of Directors at Fannie Mae and Freddie Mac were supposed to look out for and defend the rights of shareholders. Both Boards failed on this day eight years ago when they allowed The Establishment (Treasury, Federal Reserve & FHFA) to take the companies away from individual shareholders. The next day, September 6, 2008, The Man proclaimed victory by announcing they had placed Fannie and Freddie into conservatorship.

I have a few posts on the blog that focused on the Boards.

One in particular was on Brenda Gaines, a Fannie board member since 2006 who just resigned on August 31, 2016. 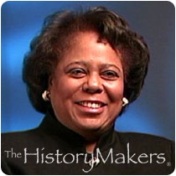 will miss the 8th Anniversary Celebration of “Establishment beats Common Man” (aka the conservatorship).

Here are the other posts on the boards of directors:

Nov 2015: Fannie and Freddie Boards did not consent…because they never met…!

Feb 2016: Fannie and Freddie Boards did not consent, cont.

Mar 2016: Silence is Not Always Golden

Despite our struggles here…

…wishing everyone a Happy Labor Day!!